Julian’s journal out of the concentration camp

In the fall of 2013, an elderly man approached Marlon Baker with the question of whether he could make a book out of his memories. Marlon receives a handwritten diary from the man who immediately captivates him. In addition to the numerous written records, there are also photos to be seen that shake him up. For Marlon Baker it is clear after a short time that he wants to make a book out of it, because in his opinion this story has to be told because it brings light into the darkness and opens the reader's eyes to what it really was like to wait for death as a teenager in a concentration camp ...

So the old man and the author agree to meet once in a while. During these meetings, the old man tells Marlon Baker his story, and so a book was created that was first published by mysteria edition in Autumn 2014 in German language.

This is now the first part of Julian Glöckner's experiences that Marlon Baker has compiled in two years. Julian poured out his heart to him like no man before. His diaries and photographs are important contemporary witnesses of an epoch that must never be forgotten. Since the evaluation of Julian Glöckner's diaries is still going on, however, since he has recorded a multitude of memories, we have decided to publish two volumes.

In the first volume you can read how Julian got into the turmoil of the World War II at the age of 15. In the second volume, which is expected to be published in spring 2019, you can then read on to see whether his odyssey will dissolve into pleasure or not. At this point we don't want to tell you what happens to the protagonists yet. However, we would like to thank you for your interest in this story that life wrote. Last but not least, we decided to release the first part now, because we don't know how long Julian will live. And we definitely want him to be able to read his memories between two book covers. 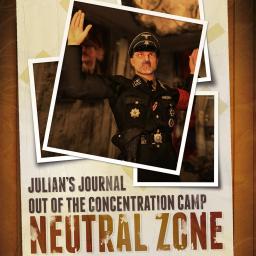