More than just a refugee

Faruk is a boy from Syria who flees alone, as he tries to keep three secrets from his friends and family. Since he doesn’t want to risk death in Syria, he takes on the long and arduous journey. Once he arrives in Germany, Faruk experiences an extraordinary adventure and meets Marlon Baker, who basically doesn’t want to know anything about the refugees. Nevertheless, they realize that they are meant for each other. Faruk also must master the pitfalls of the German authorities and can hardly hope for outside help. And even in the camp, the first hostilities take place, so that Faruk starts the flight to the front.

Faruk had never been a child of sadness. He often gave the impression that he had it written on his forehead with fat letters, that he was anything but satisfied with his life. There had also been other times, but now they lay in a world that no longer existed. Only a few years ago, Faruk could never have imagined leaving his homeland, even if it was already problematic at that time to talk openly about everything that was going on in his family or circle of acquaintances.

His parents had always been very careful to argue with polite restraint if they didn't want to take the knife at themselves. And Faruk and his parents lived in a country where it often took only a spark on the scales to tip the balance. This caution has always determined Faruk's life because he knew how quickly you could fall out of favor. It didn't matter whether you were best friends or schoolmates. If you spoke about things that were better left unspoken, you often risked your life and that of your relatives ... 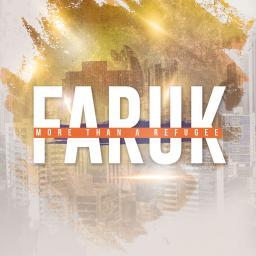