When love turns into hate

Damian Drake calls his new book ERASED, a story based on true evtents that my life wrote. And as with Suburban Shootout or Love Parade, the young author from New Zealand opens a box in which he collects all those events from his life, and sooner or later puts them between a book cover.

Damian Drake wrote ERASED at the age of 13, but only now released for publication. And in this autobiographical novel, the author again shocks his readers with the naked truth about his person. For his childhood and youth had been anything but beautiful!

But the new novel also has magical and fantastic elements as well that make ERASED a very special book. In this story the boy discovers his talent, that he can create his own world in which he pulls the wires. He paints a dreary landscape in which color gradually comes, not least when he meets Lars there, a boy who has been abandoned naked by his parents along the way ... And as time goes by, a story takes its course that shows a very special turn in the lives of all those involved. Because what happens when hate becomes love or when love becomes hate? Then the boy heads for a destiny that he would not have imagined in his wildest dreams ...

Also available in German language under the title: AUSRADIERT 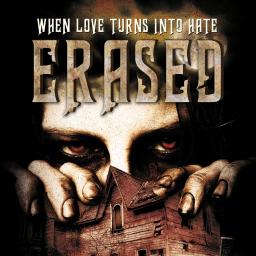